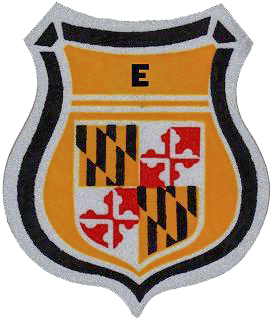 1826 – Eastern District History – 03-09-1826 – The Eastern District was first located at 1621 Bank Street a building that was built around 1822, and still stands to this day. It remained at the Bank Street location until the summer of 1959, when the station was moved to the old Northeastern station at Ashland and Chew St. (Durham) in the Summer of 1959 where they stayed until 1960. In December 1960 they moved to their current location at 1620 Edison Highway.

The Eastern District is the smallest of the nine districts. The district’s officers are committed to establishing and maintaining strong relationships with district residents, as well as with religious groups, various agencies, and businesses.

Below are pictures of the Sinskey brothers, John and Fred. The brothers grew up in Baltimore, and were influenced by it’s crime as young boys when their mother “Catherine Sinskey” was the victim of an assault. Her assailant was held in jail until trial and then let off with a $5 fine. sound light but 30 days back then was much the same as it is now (except no prisoner rights, or prison union, but $5 dollars was a lot of money back in 1845 about $125.00 now. So for an assault, it is a slap on the wrist. The boys unhappy with this decided to become lawmen, and hopefully get some justice for those that were being victimized in Baltimore’s late 1800’s. Fred went on to become a Sergeant he lived from 1838-1886, and served in the Eastern district from 1870 until June 1,1885. His brother John lived from 1835 until Nov. 8, 1907, unfortunately we don’t know the years of service, or if he was in the same district as his brother, Fred but because we do know they were brothers, our brothers in the BPD, we will keep them together on this page. Here, we can enjoy the photos along with the Sinskey family, and ancestors. 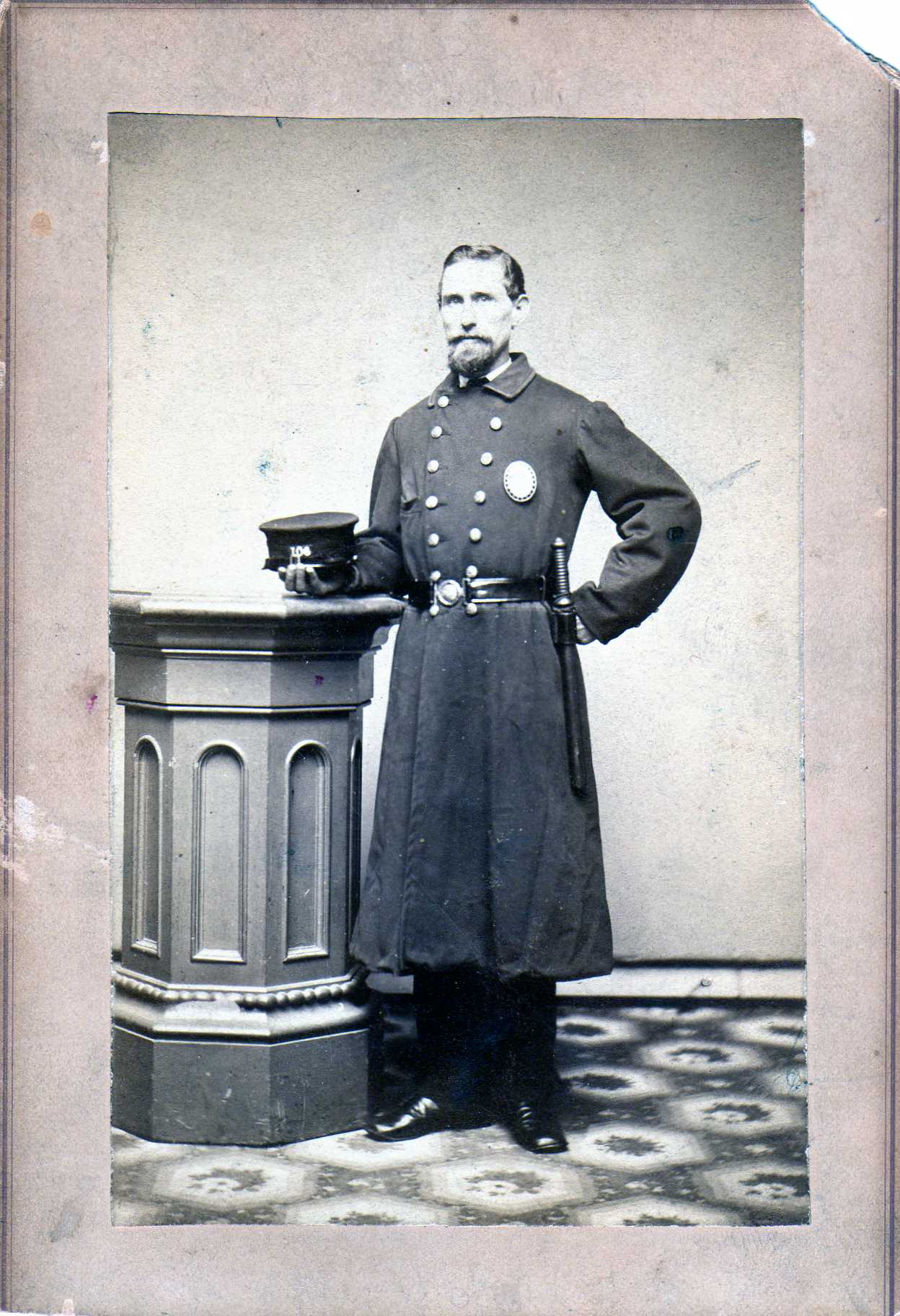 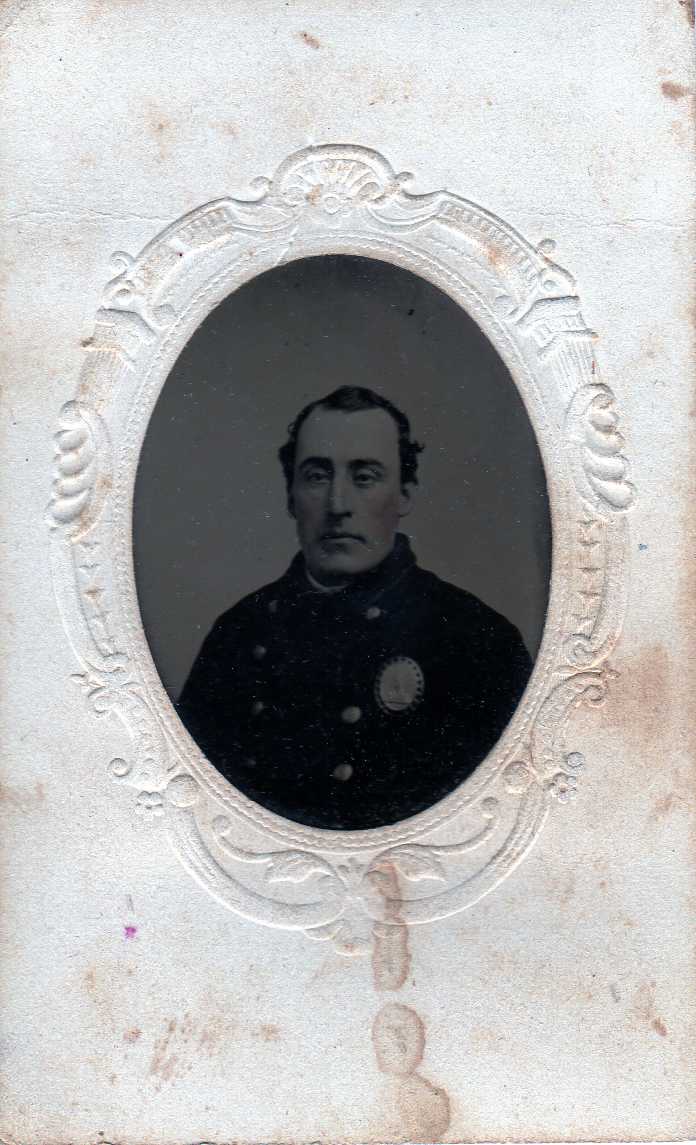 Officer John William Sinskey
Special Thanks to Erica Lee Berquist, Fred Sinskey’s Great Great Grand daughter. Erica did a lot of research to bring us these photos and the information, which was supported by Sun Paper articles.

The Eastern District is the smallest of the nine districts 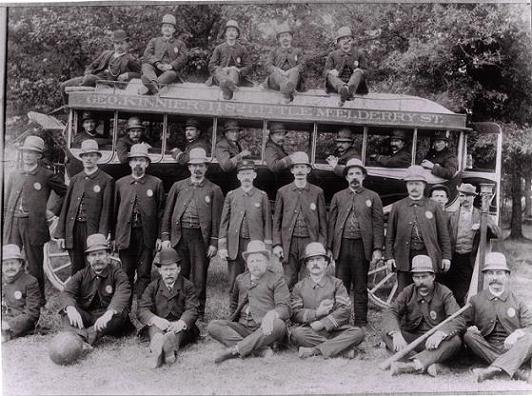 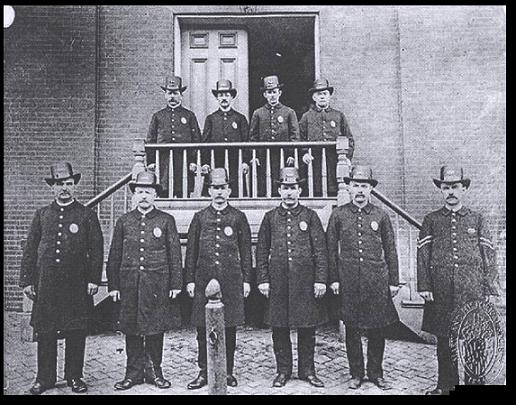 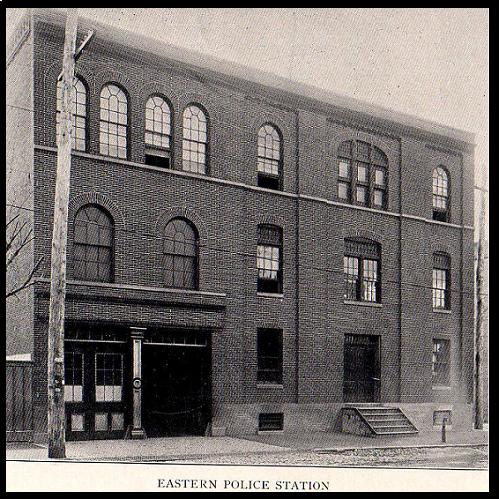 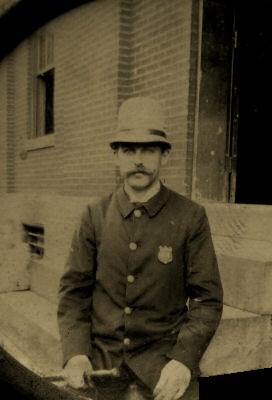 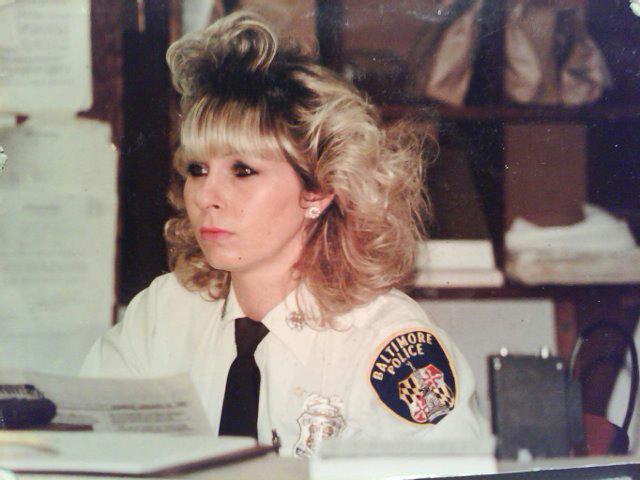 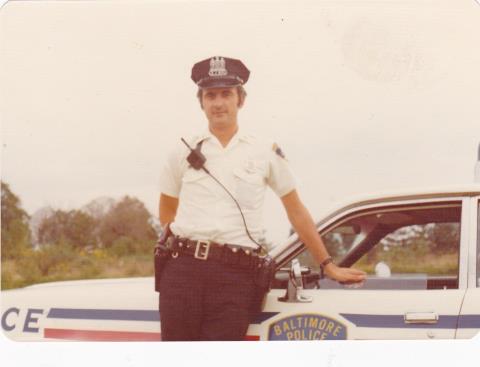 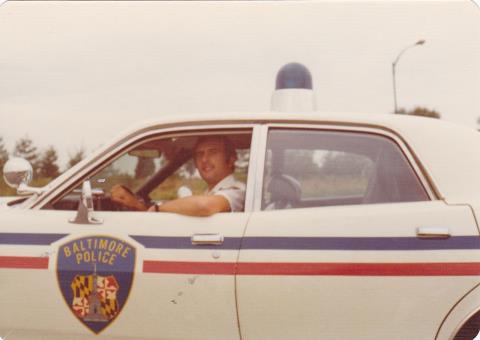 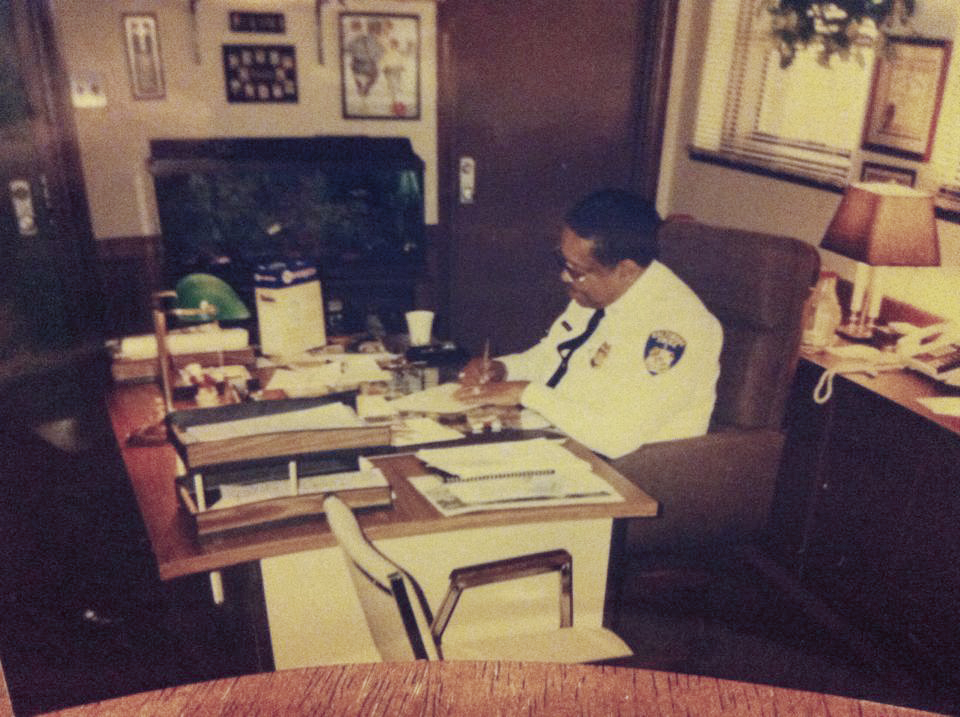 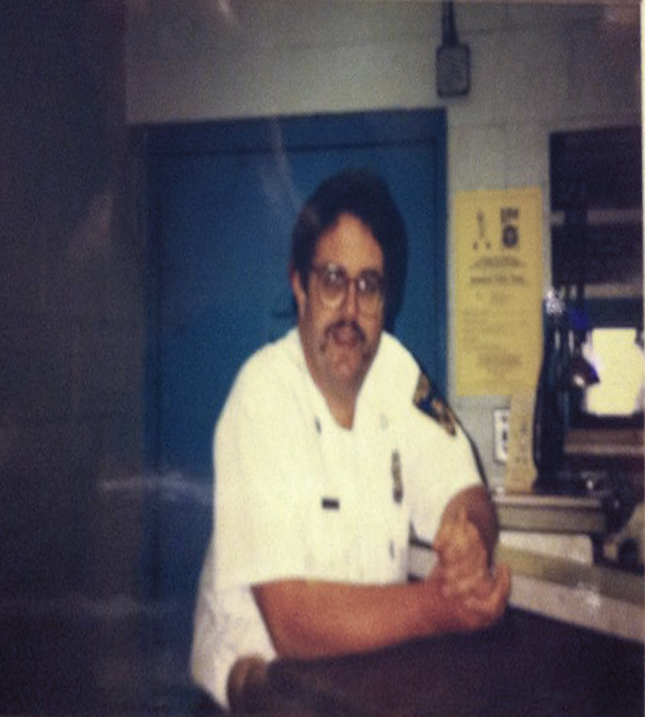 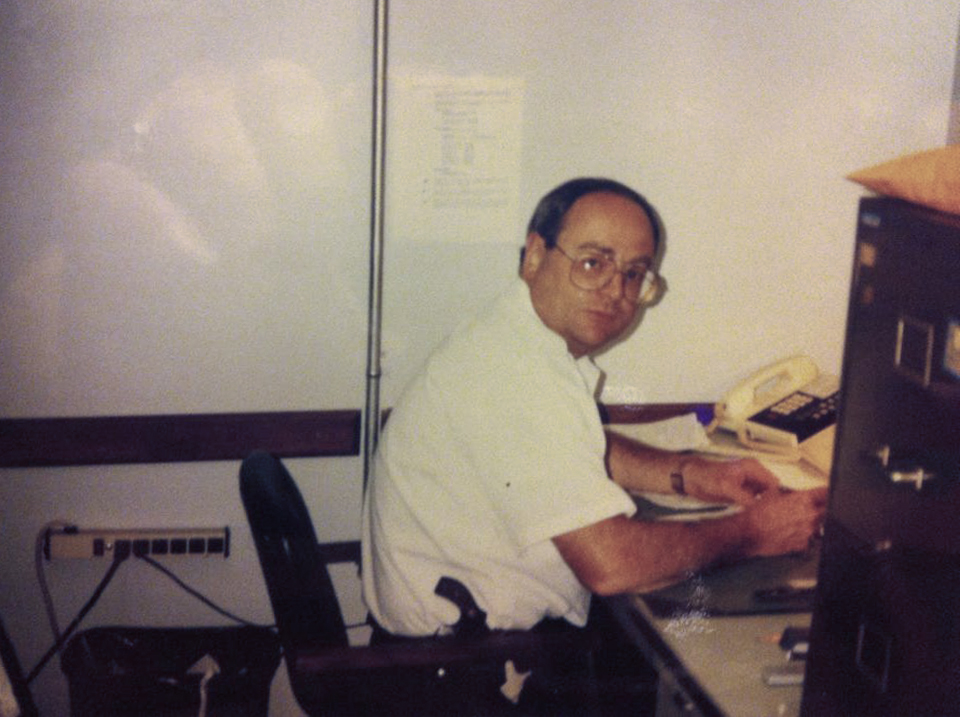 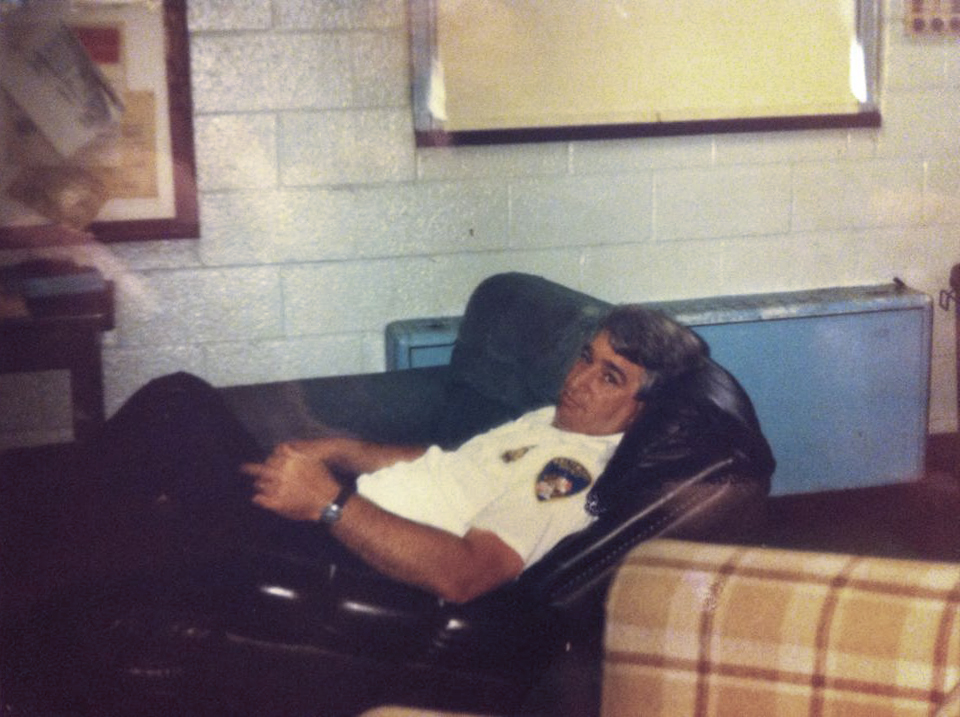 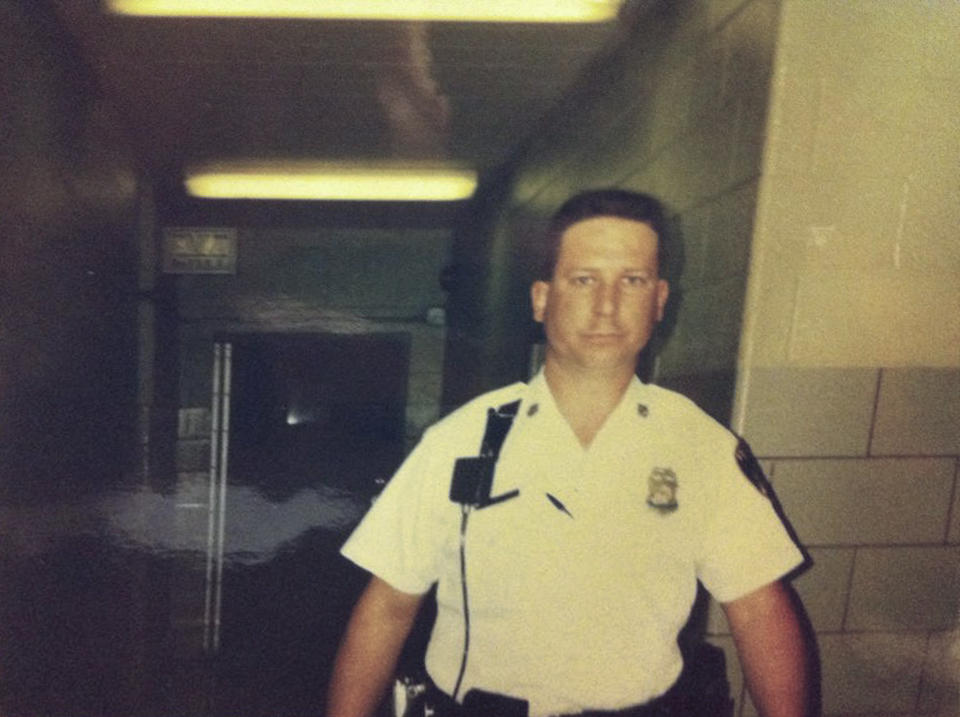 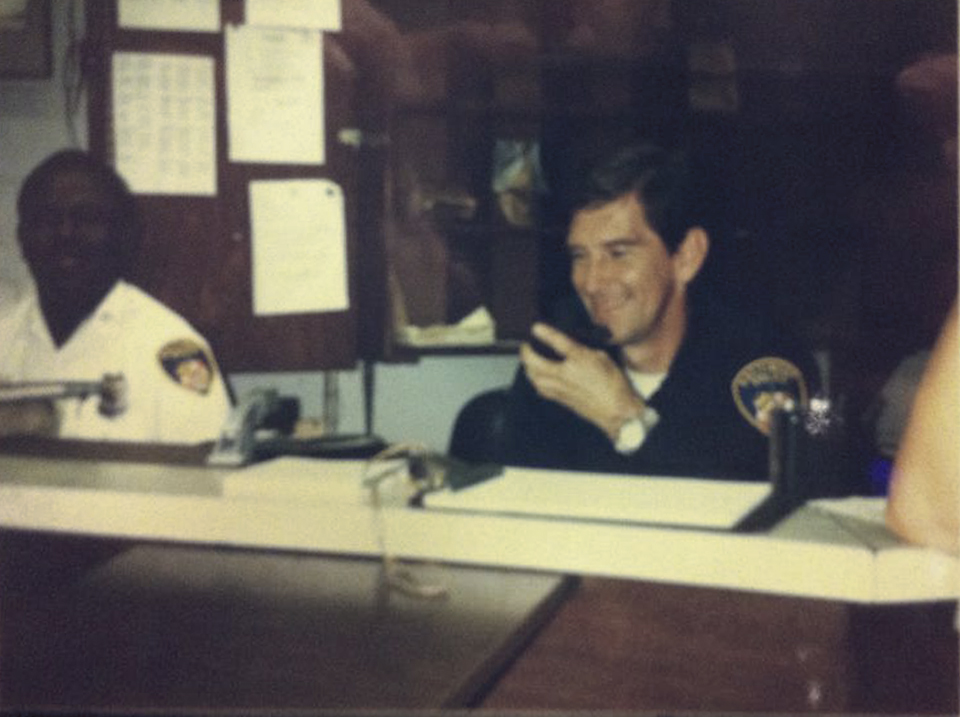 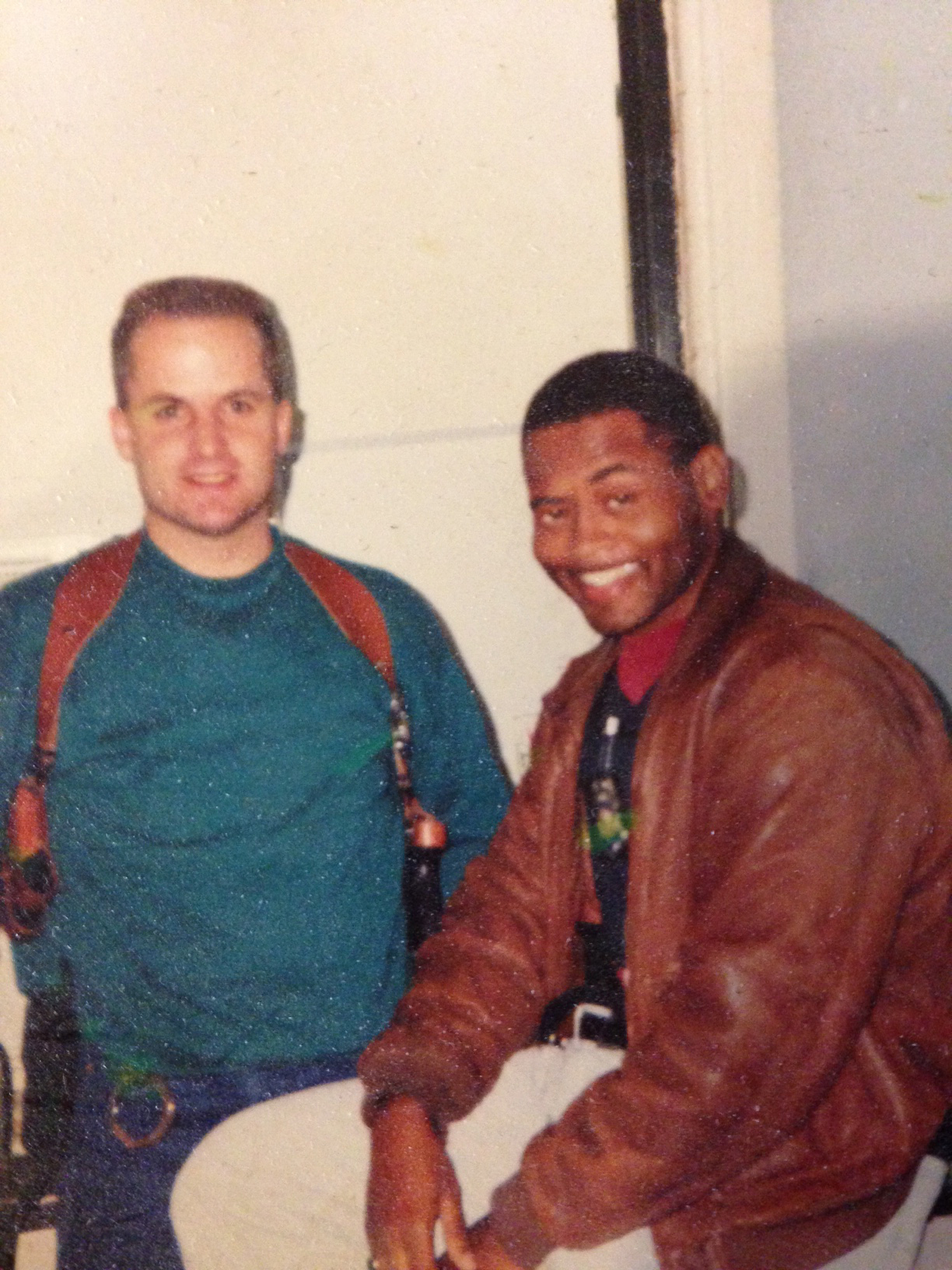 Courtesy Mark Holmen
Off Holmen and Off Sanhadja ED 1994 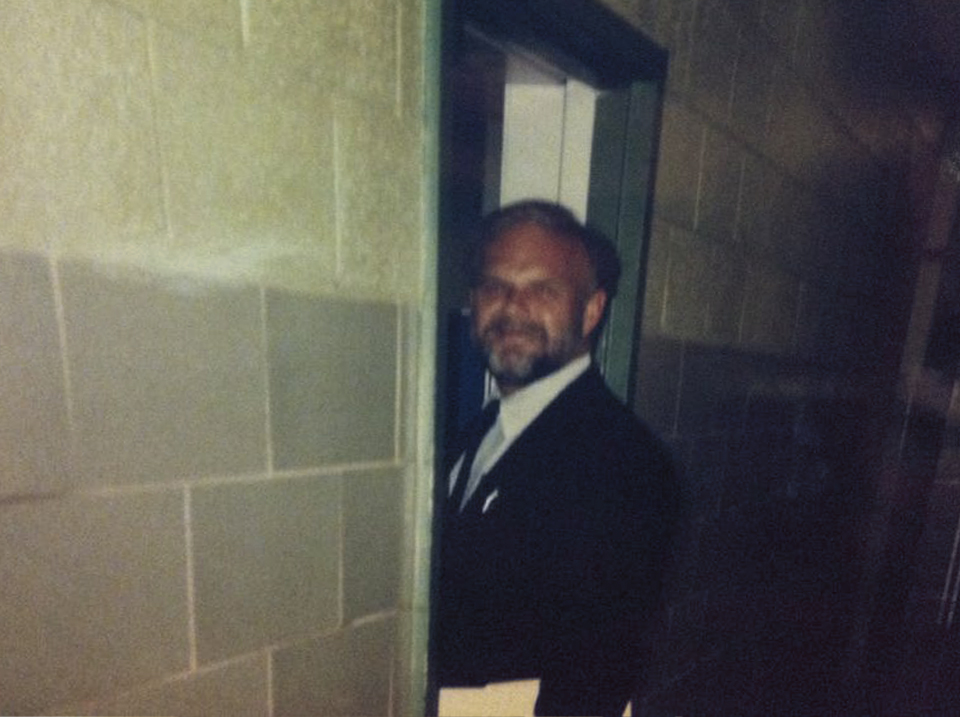 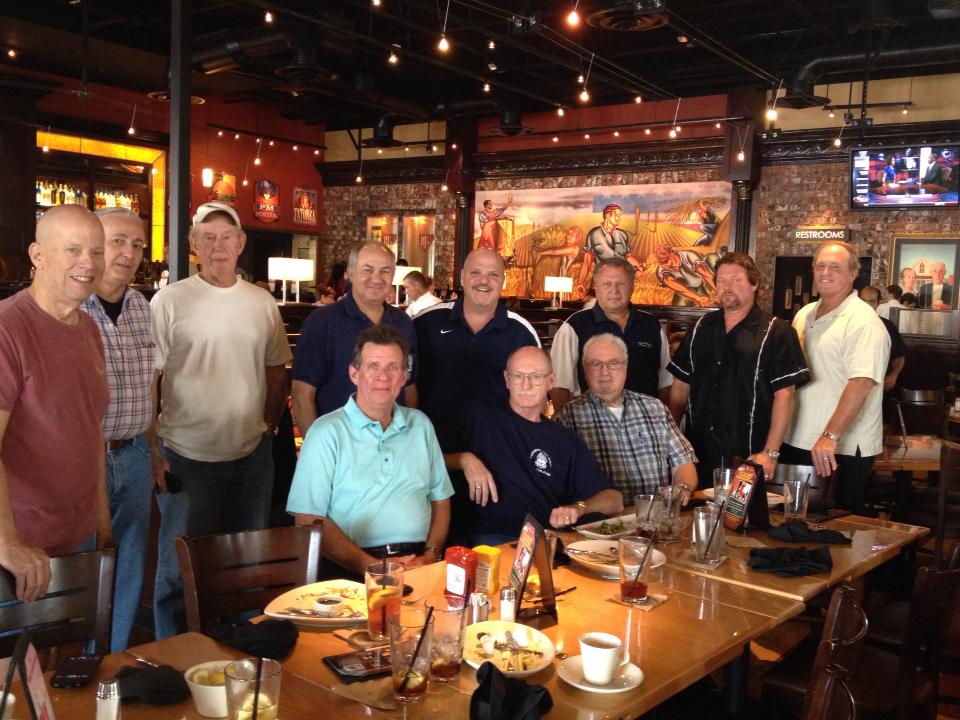 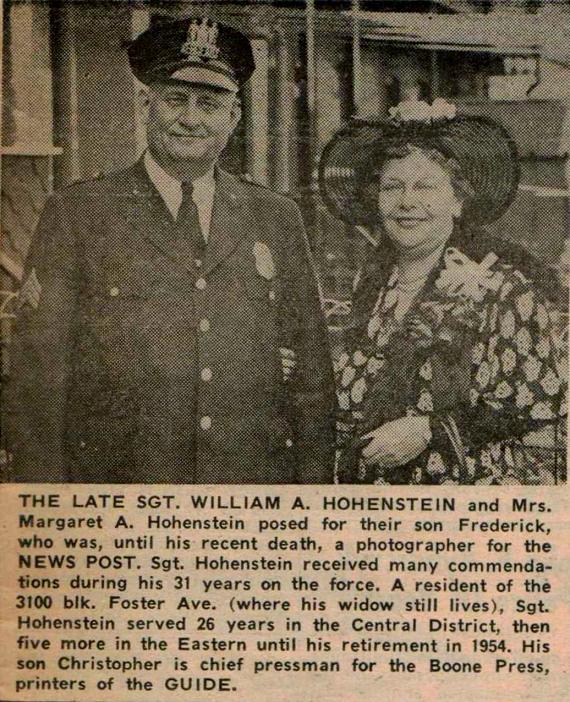 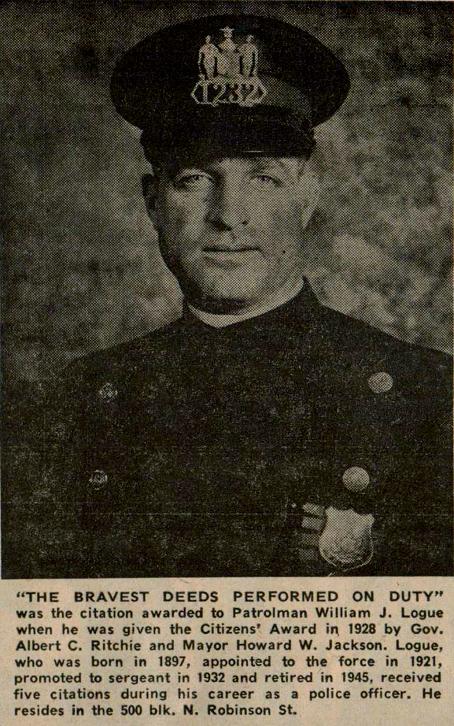 Lieutenant – Timothy Watts and other members of the Eastern District honored Officer Eugene Keener upon his retirement on Wednesday, March 18,1970 They presented him with a watch and pen set.

He was the 8th cadet hired on that program. He was the only officer who every graduated from the academy before he or she was 21 years of age. He graduated on a Friday, had graduation celebration at the War Memorial on Saturday, on Sunday he turned 21 years old, and on Monday he reported to the Eastern District and had to go downtown to get sworn in. The instructor told him to put the gun away until Monday and if someone comes at you, let them shoot you or it would get him into trouble. Served in Eastern District, Medical Section, HQ Security, Criminal Intel.

Eastern District “Choir Practice” after a 4×12 shift, under the Jones Falls on ramp, west of the City Jail, probably around the late 70’s.

Officer Norman Taylor retired from the Eastern District on Thursday, March 23, 1972, after 21 years of service. He was appointed to the Park Police on January 15, 1951 and transferred to the Baltimore City Police Department on January 1, 1961 and was then assigned to the Eastern District. He worked various beats and 2 years ago, he was assigned as a desk aide. Norman will be missed by his friends in the Eastern for his infectious smile and willingness to be helpful to all.

Good luck Norman, and a long and happy deserved retirement.

A brunch was held at the Eastern on March 22nd and was attended by Majors Wilbur Miller and Anton Glover, Captain Bishop Robinson and a host of friends and associates. He was presented with a plaque at the 3 :30 P.M. Roll Call as a memento upon his retirement

As the story is told, it was a very slow morning on the 12×8 shift in the Eastern District. A dare was cast to the members of Sector One and a young Police Agent accepted the dare. The dare was for the officer to run from the Sears parking lot at North and Hartford. He was to run south on Harford crossing North. Why would anyone not accept this dare as it was so simple. At the appointed time officers were placed at points where they could observe foot and vehicle traffic. At about 3:30am he was off and running and made the dash without any problems. The only requirement to this dare was that the officer could only have on his issued hat, gun belt and shoes and socks. This is the true story of the Eastern Streaker of the mid 1970’s. 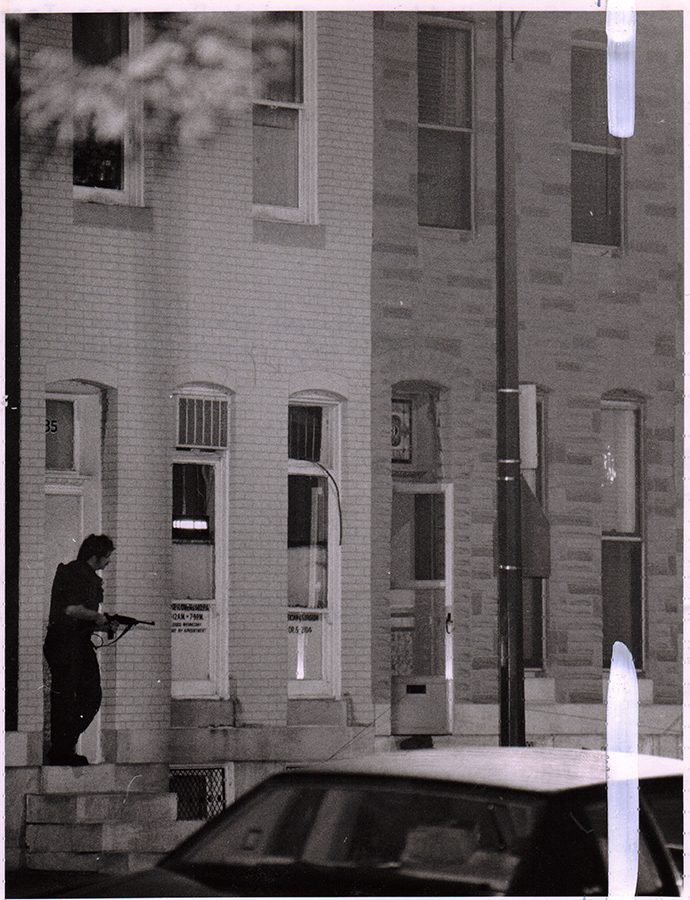 The Officer on the Steps with the Plainfield 30 cal. Carbine is Jerry Demanss. The photograph was taken in the 1700 block of Federal Street by Sunpaper photogrpaher Weyman Swagger. Howard Stansbury, Les Geesey, Lenny Petrovich, and Mike Cassizzi were there to serve an emergency petition. P/O Petrovich opened the second floor bathroom door when the suspect opened fire, P/O Cassizzi was shot in the back and Lenny’s radio was hit. Howard Stansbury and Lenny traded shots with the suspect for hours. He was on the second floor landing, other’s were in the hallway and front first floor room. P/O Geesey and Officer Bullock were trapped in the second floor. At the end when QRT took over P/O Petrovich and Howard Stansbury were backing out of the front door when they heard one more gun shot. The suspect had killed himself. Sad story the suspect was a Vietnam Vet. not sure how long Jerry stood there with the machinegun . As they suited up in our QRT jumpsuits, Lt. Darrell Duggins, yelled ( a la Pearl Harbor ) “This is no drill“. On this situation, Jerry Demanss’ had a four man QRT team that was ordered to do a direct assault because there were “ED Officers actively engaging the suspect in the house”. As they got to the house, KGA informed them that “all ED Officers got out the second floor and were out of the house”. They then settled in for a long situation. Later, Jerry Demanss and Officer John Cherry had A BCFD Ladder Truck (#15) extend its aerial ladder for them to gain access to the roof. Once on the roof they introduced CS gas through a bathroom skylight. As John broke the skylight with a hammer, Jerry fired a 37 MM gas canister into the room below, the flash revealed the suspect’s position and showed that he was still in possession of his handgun. Jerry fired a second round, striking the suspect in the head. The 37 MM canister is quite loud. What was not known at the time was that the suspect had already shot and killed himself, and was lying under the skylight still holding the weapon that he had previously used to shoot Officer Mike Cassizzi and then himself. Jerry Demanss radioed KGA having the home secured for entering by QRT as John and Jerry covered the suspect. Later, while decending the fire departments aerial ladder holding a 37MM gas gun the neighbors began yelling, “They done killed him with a cannon!!!”
For the record, “KGA” is “Dispatch” or “Communications” KGA comes from the old BPD call sign which was KGA410; we still refer to our dispatchers as KGA. “QRT” is “Quick Response Team”, basically SWAT. Baltimore’s Police Department didn’t have SWAT until recently. SWAT stands for “Special Weapons And Tactics”, If it seems odd to use the A from AND in an acronym that’s because it wasn’t the first choice, when it was originally designed by Darryl Gates of LAPD, his original name for it was going be “Special Weapons Assault Team”, but even in LA’s 70’s that name was a little too strong and was voted down. They had to come up with something else for SWAT and so “Special Weapon And Tactics” was born.

In this photo: Officer Ken Driscoll & John Calpin, This was taken shortly after someone pulled a gun on them on North Ave., shaking each other’s hand in a glad to be alive situation.

Officer John Calpin(standing) and Officer Ken Driscoll falling out of the car.

Officer Driscoll was inside the vehicle inventorying under the seat.

When after a long night the twogot carried away and started goofing around.

Calpin and Driscoll put this Rookie Plate over Officer George Doxzen’s Patrol Car Tag Plate on his 1st night
Officer John Calpin, Officer Ken Driscoll, Scott Bradshaw
Officer Ken Driscoll and Officer Edward Chaney
Detective Kenny Driscoll awards a parking permit to Agent Gregg Tate Secret Service
Ed Chaney laughing at what Det Driscoll’s Detecting looks like
Officer Ken Driscoll and Officer John Brandt
Officer Danny Grubb and Officer Ken Driscoll
Sometimes Police have to do things like this for the community just to show that we are human
“Together we made a pretty mean pair of two” that was John Calpin’s favorite movie line, Calpin and Driscoll made a drug arrest, or two everynight for two years straight when they worked Central Sector 3 Midnight shift. Driscoll explained it wasn’t hard, 1st we worked Whitelock & Brookfield, then some places on Lennox St. from there we moved down to Division & Laurens, then we got the best of all, we were the first to work 37 post when Central took over Divison & Gold, and Etting & Gold, it didn’t take great police work, just a couple of guys trying to have some fun… …other than that it was like fishing in a barrel.

George and John called us the “Good the Bad and the Ugly”, George felt he was the Good, John felt he was the Bad, so that left Ken Driscoll with the Ugly… funny how things will work themselves out if you let them…

The Good, The Bad, The Ugly
George Trainor, Ken Driscoll and John Calpin

Officer Ken Driscoll and Officer Edward Chaney show comradely after being involved in a several arrests during a detail in which a suspect strugged to get away and ended up head first in a trashcan, before being given a Christmas Card from the dynamic duo, who bought 30-1’s sad story about never having recieved a Christmas card, or giftsfor the holiday, He got a card this year and a fixed address so Santa could find him.

In this photo the technique of survelience is being demonstrated.

Look as if you are sleeping in a marked car while in reality you are observing bad guys.

Actually a staged shot, while waiting to start a special parade detail one officer tricked the other into taking this shot.

Police Commissioner Thomas Frazier with Missie Edict after her graduation from the Police Academy 1995 Below, Officer Robert Brown hugs his daughter with all the pride of a father with her accomplishments and carrying on a family tradition.

In attendance were: Sergeant Macnamra, Officer Richard Waybright, Sergeant(now Lieutenant) Roussey and his wife and Officer Eric Martin and his wife.

BPD provides free transportation and lodging at the gray-bar motel 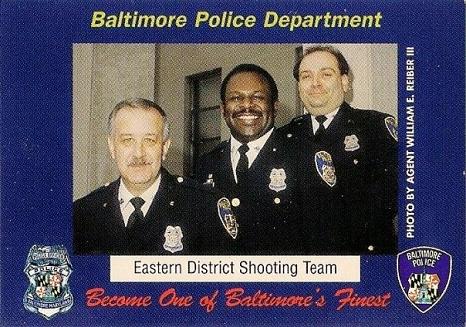 lends a helping hand to a young boy.

Officer Lane proudly served the Baltimore Police Department for 8 years and after being seriously hurt in the Line of Duty was FORCED to retire on a pitiful pension provided by the City of Baltimore.

Ken was one of the fine decent officers who were forced to retire for being hurt while less desirable officers were allowed to remain on the job and receive full salary and benefits.

Thanks Ken for your service to the City of Baltimore. 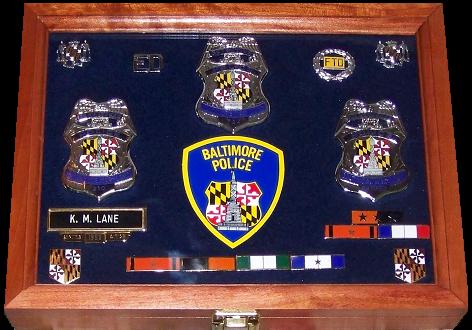 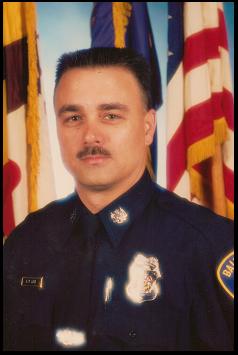 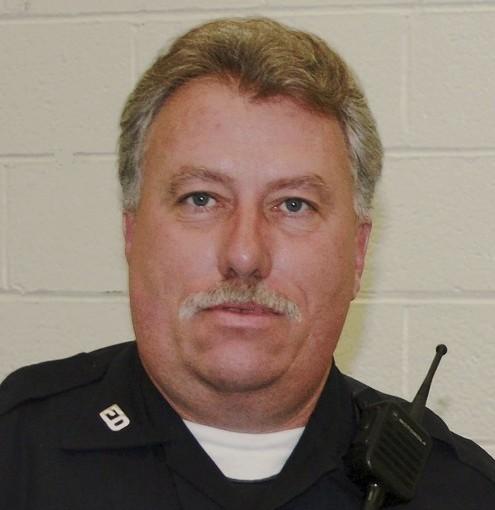